St. Olave's offers a plethora of opportunities to engage in different sporting activities at school, with clubs running at lunchtime and after school, alongside the standard curriculum. These clubs are run by members of the PE department, external specialists and Sport's Prefects. The school also competes in a full programme of fixtures across the academic year and across a range of sports.

Please read about the Co-Curricular sporting activities currently offered, via the following headings:

Athletics is undertaken during the curriculum in the summer term but is also popular as an extra-curricular activity. Students are selected to enter various local and national competitions such as the Bromley Minors, West Kent Championships and the ESAA national event.

Our own annual Sport’s Day is a highlight of the sporting calendar and is highly competitive as the students strive to help their House achieve athletics victory!

The school benefits from a Sport's Hall with three Badminton courts which lends itself to the hugely popular Badminton which is extremely popular throughout the school with large numbers attending extra practices. In recent years we have entered the national competition, frequently winning through the local rounds to reach the London finals. 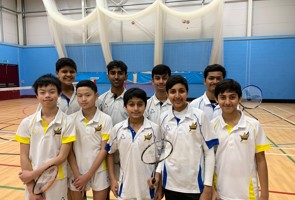 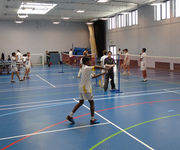 Basketball is enjoyed by students both in the curriculum and as an extra-curricular activity. The House matches are always of an excellent standard and the seniors play several fixtures each year.

Recently we have had individual success with a student representing Great Britain.

CRICKET (including Indoor Nets during the Spring Term)

Cricket is one of our most successful sports however it is measured. It is hugely popular with frequent fixtures, including on Saturday mornings. We frequently win the Bromley Cup in various age groups and our teams also compete successfully in the Kent Cup, often getting to the latter stages most years.

Domestic and international cricket tours (for example, to Bath and to Antigua) have also proved beneficial and a great experience for the boys.

Most Saturdays will see four teams representing the school.

Forthcoming fixtures and previous results are posted on the:

Details of meeting times will be given closer to each fixture and students will be informed of any cancellations via Teams.

The school has a cross country course round the perimeter of the site which the students use during the Spring Term. We also enter local competitions to give students an experience of competing against other schools which has culminated in selection for some to the county side. 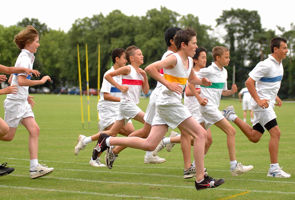 This martial art is run as an extra-curricular club by a professional coach who is a parent of an Old Olavian. The weekly sessions are well-attended and the students learn self-defence as well as engaging in stick fighting.

The equipment is all provided by the coach and he enters the students into national competitions where they have had huge success with several national champions.

Eton Fives is an established sport at St. Olave’s and we are currently in the process of expanding our number of courts from four to eight. Popular with students of all ages there are regular training sessions and fixtures with many students maintaining their love for their sport to join the Old Olavians once they have left the school.

The St. Olave’s Fives team is amongst the best in the country alongside the likes of Highgate, Eton, Harrow and Shrewsbury School. Eton Fives is a game similar to squash, where you hit a small ball around a three walled court with gloved hands. It has been an Olavian sport for over 100 years. It is a fascinating court featuring a buttress on the left-hand side and ledges around the walls. The opportunity to travel the country and compete against a wide variety of famous schools in a sport which has no referee or umpire (the players self-govern at all times) is a valuable education in itself.

Each year we compete in various competitions, including the nationals where we have enjoyed regular success with national champions at all ages.

Upcoming fixtures and training sessions will be published in the Autumn Term.

If you would like to buy your own gloves then these can be purchased at: www.glovesandballs.com. We recommend the PILLING brand of gloves with
thick padding.

Football is played by the 6th Form in their Games afternoon and they also train after school in preparation for fixtures. They enter the local league each year meaning that they enjoy fixtures against other schools during the Autumn and Spring Terms.

The team has been growing in strength and won the league in 2017. Our footballers will benefit enormously now they have access to the All Weather Pitch, developed in 2022. 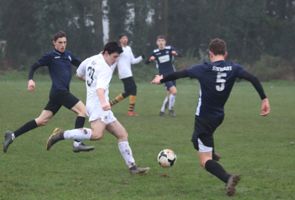 We are thrilled to now be in a position to develop our hockey  with the recent completion of the All Weather Pitch, allowing us to offer our students regular fixtures against other schools as well as training in PE and games lessons. 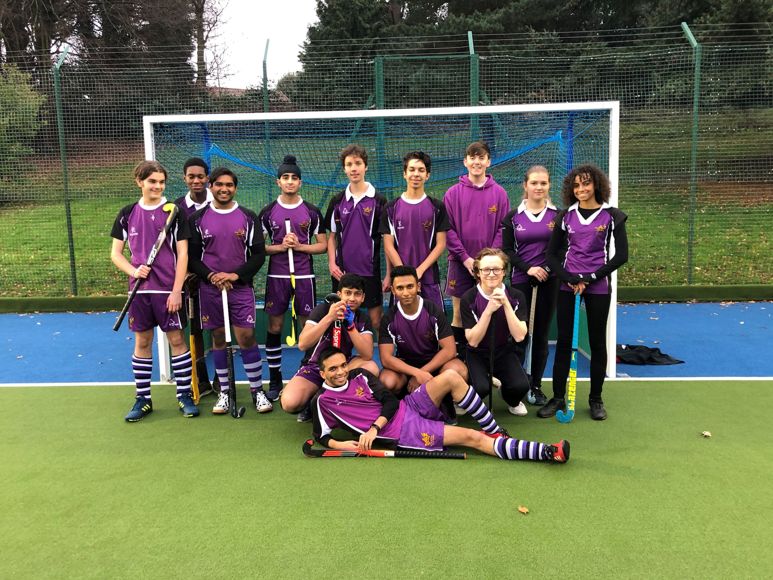 Netball for the girls in the 6th Form remains a popular option and is staffed by our own coaches as well as an external professional coach. The squad undertakes additional extra-curricular training during the week and we play regular fixtures during games on a Wednesday with our 1st and 2nd team, as well as entering local competitions, throughout the Autumn and Spring Terms.

The annual fixture against our own 6th Form boys is also a real highlight of the season!

Rugby is played by all students in Key stage 3 and 4 with many continuing through to play in the senior teams. Regular, weekly fixtures are played both during the week and on Saturday mornings against local opposition. We also enter various competitions including Kent cups, national tournaments and local charity cups. We have regularly toured both domestically and abroad, most recently to South Africa in 2019.

During the Spring Term we switch our attention to Rugby 7s and have participated in local, county and national competitions.

Most Saturdays will see ten teams representing the school.

If fixtures need to be cancelled due to inclement weather the decision will be publicised via Teams and Twitter.

Upcoming fixtures and previous results are posted on the:

In recent years ladies rugby has also been popular. There have been weekly training sessions as well as fixtures which has culminated in several players being chosen for county trials. 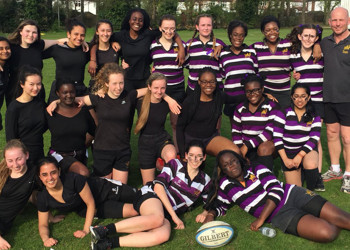 We are fortunate to have four squash courts at the school and these are often in use with students training during the week. In recent year we have also played several fixtures against local school as well as entering the county competition where we have come runners up for the last two years.

Table Tennis is very popular in the school as evidenced by the large number of students who engage in extra-curricular opportunities to play at the school. We often have students reach the latter stages of the London Schools competition as well as success in the local Bromley competitions.

In the Summer term tennis is offered as part of the PE and Games curriculum as well as during lunch-times as an extra-curricular activity. We play friendlies against local schools.

The standard is high and we have several county players strengthening our teams.